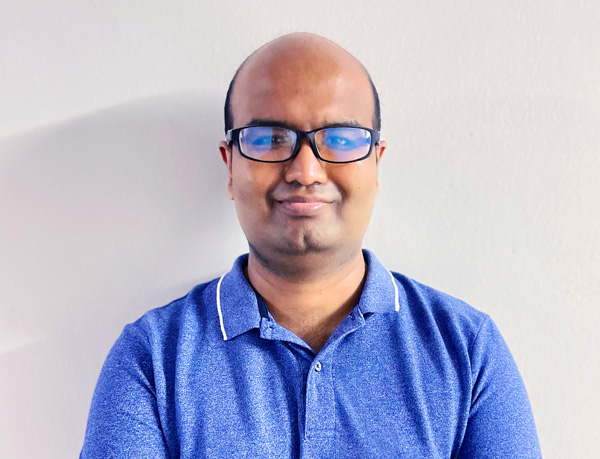 If you live in Singapore chances are you would have come across the police cameras, also known as PolCams, at public spaces or HDB void decks to deter or solve crimes.

Collecting video data using these cameras is a key part of how the Singapore Police Force help enhance the country’s safety and security, but equally important is making sense of the data. And that’s where Chandrasehar S/O Rajaseharan is putting his expertise to work at HTX (Home Team Science & Technology Agency).

The 34-year-old lead engineer in HTX’s Sense-making and Surveillance Centre of Expertise shares that one of his most memorable career milestones was when PolCam 2.0 was launched. His role was to ensure optimal performance of the video analytics algorithm, and this involved testing it across various real-world environments, to assess and improve its performance such as under low light conditions.

“When the day of commissioning PolCam 2.0 came in November 2019, it was a sweet moment with a great sense of achievement,” he says.

“It is even more gratifying that the PolCam 2.0 project was recently awarded the Home Team Achievement Award by Minister of Home Affairs K. Shanmugam!”

Chandrasehar’s work on PolCam 2.0 has been a culmination of his experiences thus far. He specialised in text and data analytics while studying for his Computer Science degree from Nanyang Technological University, and this meant dealing a lot with extraction and identification techniques similar to video analytics.

While on his first job at a local multinational company, he worked with video sensors that had been deployed in the field. This exposed him to a different aspect of the work away from backend text or data analytics, which he was more familiar with, he explains.

He also had to design solutions that could integrate with third-party algorithms, and he shares how exposure to these new experiences helped hone his expertise, as well as whet his appetite to learn more in this field.

Today, he recognises his work at HTX has a direct impact on the Home Team, by increasing his colleagues’ effectiveness at making sense of the information they have and reducing their workload. This, in turn, better equips them to protect our home.

“Knowing that what we design will lead to a safer and more secure environment for all residents in Singapore, including my loved ones, is a key factor that motivates me in my work,” Chandrasehar says.