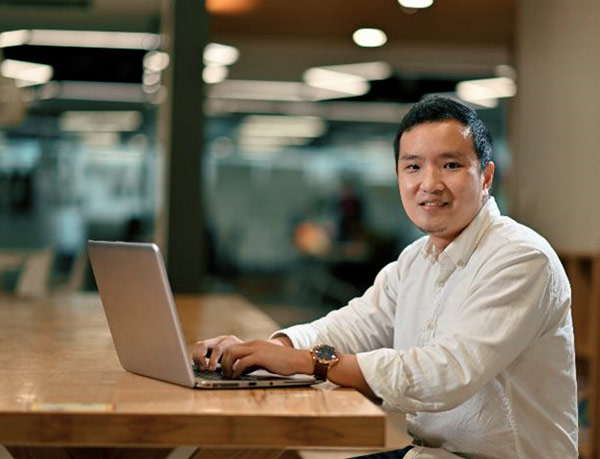 For Tian Hao, his first experience with the importance of cybersecurity came when he was 14. His family’s computer was infected by a virus following a drive-by download, which led to the files being corrupted.

This opened his eyes to the tangible effects of malware and sparked his interest in forging a career in cybersecurity.

Today, the Senior Engineer at DSTA’s Cybersecurity Programme Centre is tasked with seeking out new tech to enhance the Ministry of Defence’s (MINDEF) cybersecurity operations. His team leads the implementation and finetuning of endpoint detection and to improve the detection and response to advanced cyber threats.

“Protecting our cyberspace is a never-ending battle with new vulnerabilities and exploits discovered every day,” Tian Hao says. “This gets me fired up as I’m always looking for fresh challenges to overcome.”

Testament to his dedication to his craft, the 31-year-old equipped himself with the foundational basics in cybersecurity during his years studying for his Bachelor of Engineering (Computer Engineering) at Nanyang Technological University and Master of Computing (Infocomm Security) at the National University of Singapore.

His decision to join DSTA six years ago is aligned with his passion to overcoming challenges.

He said the organisation’s mission resonates with his desire to play a key role in Singapore’s cyber defence. Furthermore, he was impressed by the technical knowledge of fellow engineers he had met there during the recruitment talks and knew there was a trove of knowledge he could tap on for his continued growth.

Since he joined DSTA, the world has seen an increased emphasis on digitalisation in conjunction with growing sophistication in both commercial- and military-grade cyber capabilities.

To Tian Hao, this means it’s crucial Singapore remains vigilant and capable in the digital realm. The solutions developed and implemented by his team must provide MINDEF with the ability for early detection and rapid response to cyber threats to protect our critical defence infrastructures and systems, he shares.

To this end, the team is introducing new capabilities such as artificial intelligence and cyber analytics to improve operational efficiency. They are also looking to revolutionise the ministry’s cyber operations through automation to free up resources for more critical tasks.

Tian Hao points out that Digital Defence was added as the sixth pillar in the country’s Total Defence efforts to guard against threats in the digital domain, and the work he and his team does at DSTA is crucial to fortifying our cyber defences even if it remains unseen by most.

Asked if he has a memorable moment since joining DSTA, Tian Hao says: “There is no single defining moment as the satisfaction I receive is ongoing, whenever solutions implemented by my team are used widely across the MINDEF ecosystem.”